The question on my mind as we prepared to host our second outreach event in the village was, “Are they going to come back?” We knew the first event would be well attended because everyone was curious about what the vazah (foreigners) were up to. The second one would be less about us and more about what we were presenting… God’s word in their own language. Last time we spoke and sang about creation, but this time the focus was on man, sin, and the need for a savior. The band created a story-song from Genesis 3 titled “Namitaka Zagnahary” (We all wronged God). We continue to be amazed at how God is working through Ladys and the rest of the band to create Sakalava music with words straight from scripture. We prepared a dramatic reading from the Jesus Storybook Bible’s story of the fall. We planned an activity for the kids. Everything was prepared and the only thing left to do was to pray and ask God to bring his people to hear his word… 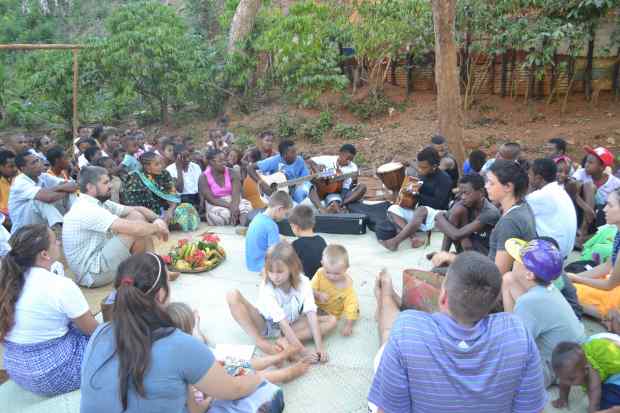 And the people came. In both villages we had over 100 people attend. They sang, listened, and participated in a group discussion. “We know that God made everything very good, but that today everything is not good. There is death and sickness and hunger and anger. What caused everything to become bad?’ this is the question that was asked at the beginning of the gathering, and people had a chance to share their opinions on why things were bad. Some said it was a curse, others that it was man’s fault. It was a great time of discussion, proof that people are becoming more comfortable and safe discussing important matters. 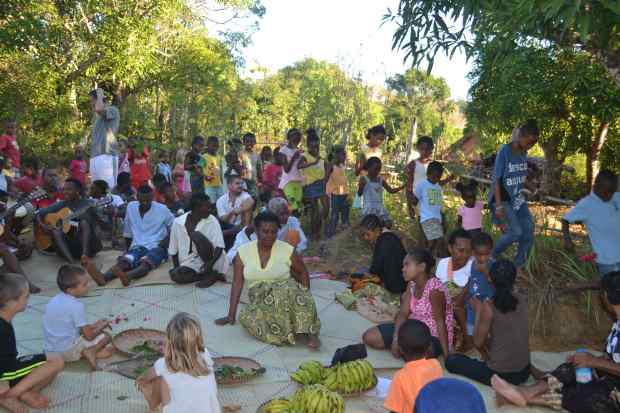 At the end we asked, “Since we know that indeed the land is cursed, and it is cursed because of our sin, where can we find any hope in the world?” We will attempt to reveal God’s plan to restore hope to us through his Son at our next gathering in December. Please pray as we reach the redemptive climax in God’s story next month. 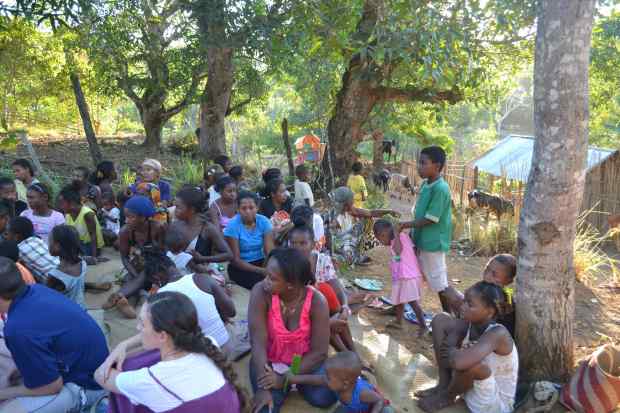 Here is the Sakalava version of Psalm 23, with a refrain from Psalm 7, by Ladys and the band:

And here is a short video of our team’s first year on the island:

← The Lingering Question
The long journey…and where will the baby be born? →

6 thoughts on “No Longer New”